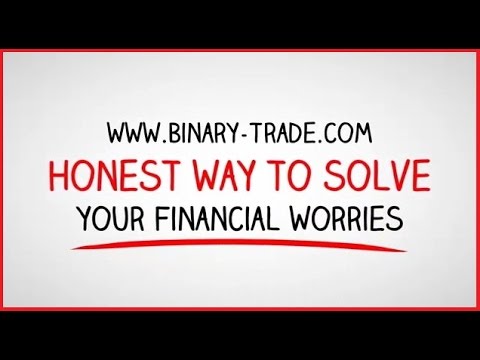 Special thanks again to these two sites for summarising the expansions so I don't have to watch hours of youtube videos or fights thousands of Skytroopers to remember what happened in some of the chapters. They were incredibly helpful and I honestly don't know if I would have bothered finishing this if I didn't have them on hand. Also, if you want to compare and contrast my story to the original, these will probably come in handy.

Welcome to Part 4 of Fixing KotFE! Here, I'll be looking at the story after you take over as Alliance Commander which, in my version, occurs in Chapter 6. The story up until this point can be found in Part 3 here.
This is the section where I usually write out my aims but these carry on from Part 3, so I'll save everyone some time there. I'm really happy with some of the changes I made and I think we get some cool concepts that aren't explored in the original so I hope you like it too. However, there is something I'd like to explain that I never really got into. Technically, I guess it would go into the gameplay section but it feels more story-based.
I'd add a prison to the base on Asylum where you can place characters who you decide to capture or imprison. At this point in the story, that would only allow for Senya, if you chose to imprison her, rather than allow her to join the council, however there are other characters in the future who can be held there. I think the prison would be an optional area that you can visit and talk to your prisoners, if you have any. They would say different things depending on your last completed chapter. This would obviously add more voice acting but I think it would help to create a sense of continuity when you can see and talk to these characters you chose t capture. It would also allow Senya to continue being a part of the story, even if you chose not to allow her onto the War Council. It's also just a fun idea that plays well into you being the big boss if you can interrogate your prisoners.
With that little bit out of the way, we'll start with:

You receive a message from Lana who has contacted two gangs within the Old World. She asks for you to accompany her to meet with the gang leaders and choose which one you'd want to work with. As you travel, you learn from Lana that the Scions are practically untouchable, due to Arcann's aid. The local security chief, Captain Arex, secretly protects them from other gangs in return for Heskal providing Arcann with visions of the future.
The two of you shuttle to the Old World and go to meet with the gangs. The first is a group of anarchists led by Kaliyo known as the Firebrands. They have a plan to blow up a Skytrooper factory and need your help. Theron argues over the radio that the factory is too close to civilians while Lana points out that destroying Arcann's source of troops would hurt the war effort.
You then go to meet the other gang, a group of thieves known as the Old World Kath Hounds, led by Vette, who steal from the rich living in the Spire to give back to people of the Old World. While they have the favour of the people of the Old World, the gang members aren't fighters and wouldn't be able to help much with the war effort. Vette proposes a plan to steal intelligence from the Old World security depot. However, they need your help to distract the security chief and his Skytroopers.
At this point, you have to choose who you will ally with; Kaliyo's Firebrands or Vette's Kath Hounds. Depending on the one you choose, you are sent on a different mission.
For the Kath Hounds, you create trouble, attracting the security forces and fighting off Skytroopers. While they chase you, Vette keeps you informed on the mission's progress as they sneak into the security depot and take what you need, before you are tasked with escaping from the Skytroopers and meet back up with Vette.
Meanwhile, if you chose to aid the Firebrands, you are tasked with placing bombs around supports beneath the droid factory, since the factory itself is too well secured. As you go, you are met by security forces that you have to defeat. As you finish, you rejoin with Kaliyo and watch the bombs go off, causing a section of the Spire to collapse down, much to Kaliyo's delight.
With the mission complete, your chosen gang agrees to aid you against the Scions. Both groups managed to find information on Arex that he was extorting money from civilians within the Old World in return for protection. If this was revealed to those in the Spire, they would demand his imprisonment. However, before you can set up plans, the base is attacked by Captain Arex and a prototype skytrooper design. You and your chosen gang leader fight the two of them. You can then choose to kill Arex, report him or blackmail him for his corruption to either leave his position or work for you.
With your new allies firmly established and Captain Arex dealt with, you join up with either Vette or Kaliyo to assault the Scions' fortress. Without Arex and his skytroopers to defend them, you are able to fight through the Scion forces and reach Heskal. Upon defeating him, you are given the choice to imprison or kill him, leaving your new ally to take control of the Old World.
Another newsreel with the same presenters rolls. The presenters discuss a gang war that had begun in the Old World district, followed by a video of Arcann alongside a woman he introduces as Knight-General Vendryl. Arcann apologises to the people of the Old World for this terrible tragedy and explains that Vendryll will be personally dealing with this new menace.
Speaking to Senya, either in her cell or the war council, will reveal that Vendryll was her second-in-command before her defection and that she is a ruthless individual completely devoted to Arcann.
So, the aim of this chapter is to provide a big choice that actually affects the story, this choice being whether you have Kaliyo or Vette as your advisor for the Old World gangs. There's an obvious light side/dark side binary with Vette's Robin Hood-esque antics obviously being nicer than Kaliyo's terrorism. However, I wanted to make it a bit more complex with Kaliyo actually being the more competent choice, pragmatically. While Vette has the favour of the civilian population, Kaliyo's gang are more competent combatants. This adds a different dynamic than just "Good choice" and "bad choice" but still allows that morality for those who wish to choose it.
The second notable choice is what you do with Arex. I think this is a fun one, since there isn't really a 'nice' answer, with you either handing him over to Arcann, blackmailing him to leave or work for you, or just straight up killing him. I like this as there isn't one 'right' answer.

Koth asks to meet with you privately to talk. You oblige and he explains that he received a message from one of his contacts on Zakuul about a group of anti-Arcann refugees who are high profile targets looking to escape the planet. He planned to go pick them up but wanted to check with you first. You agree to go with him to meet these refugees.
The two of you take a shuttle to meet up with the refugees. There are 5 in total, all with different characters:
However, while down there, you receive word from Theron who has been tracking your movements, believing that he had to be careful after the disappearance of Marr and Satele. He informs you that he received intelligence that one of the refugees is a spy working for Arcaan. You are then tasked with speaking to each of the refugees in an attempt to discover who, if any, is the spy.
After speaking to all of them, you are given a decision: you can bring all of them back with you, accuse one character of being the spy or abandon them all. If you choose to leave the one you believe to be the spy or all of the refugees, you are given the choice to kill or imprison them. If you choose to imprison them, you can also have them tortured for information. Killing or torturing one or all of the refugees will negatively affect Koth's Alliance Influence to varying degrees, while allowing them to come to Asylum with you will positively affect it.
After returning to Asylum, we receive another news report. This time, Zalia is joined by a new host, Brennon Brosnee. The report explains that someone believed to be the Agent of Vitiate kidnapped many of Zakuul's greatest minds in a clear attack on Zakuulian society. Adorus Bell is not mentioned in the report.
This is what I'm calling a 'chill out chapter.' It's pretty short and doesn't have any combat but is more about player choice and character interactions. Your decisions in this chapter also have long-reaching effects as, in later chapters, Koth may leave the Alliance due to your choices here. If you do allow the spy onto Asylum, this will also affect the story later on.
I think, overall, this is a fun, short chapter which mixes things up from the longer ones that come before and after. It's fun, it's interesting. It's different and you don't even fight any Skytroopers! It would also be a good way to get a different perspective on Arcann's rule from the people of Zakuul themselves. On a technical side, this sort of 'bottle episode' type concept would allow the developers to spend more time on later chapters while still keeping a consistent schedule.